The Graflex Graphic cameras were "the" standard American Press cameras from the late 30s to the 60s. As they are relatively compact and easy to use, they were also widely used for other than press purposes. They kept in production until 1973. The tooling was then sold to Toyo.

This is a Graflex Pacemaker Crown Graphic 4x5 camera. It was manufactured between 1947 and 70. It has a fixed horizontal "Graflok'' type back which accepts standard modern 4x5 film holders and any modern roll-film backs. The Pacemaker Crown has a body release for the front shutters. The lens standard offers front rise and shift, a drop bed and it can tilt back. The lensboards are a new design, made of metal.

The camera is 22 x 17 x 10.5 cm including finder, but no grip and weighs 1880 grs. without lens. In comparison to the Speed models, you save about 600 grs. of weight, 500 for the shutter and 100 for the handle which is a lot. There is no grip on my camera, as I use it with an Instax back. The grip would interfere with the hadle of the back. More information on the Instax back is here. 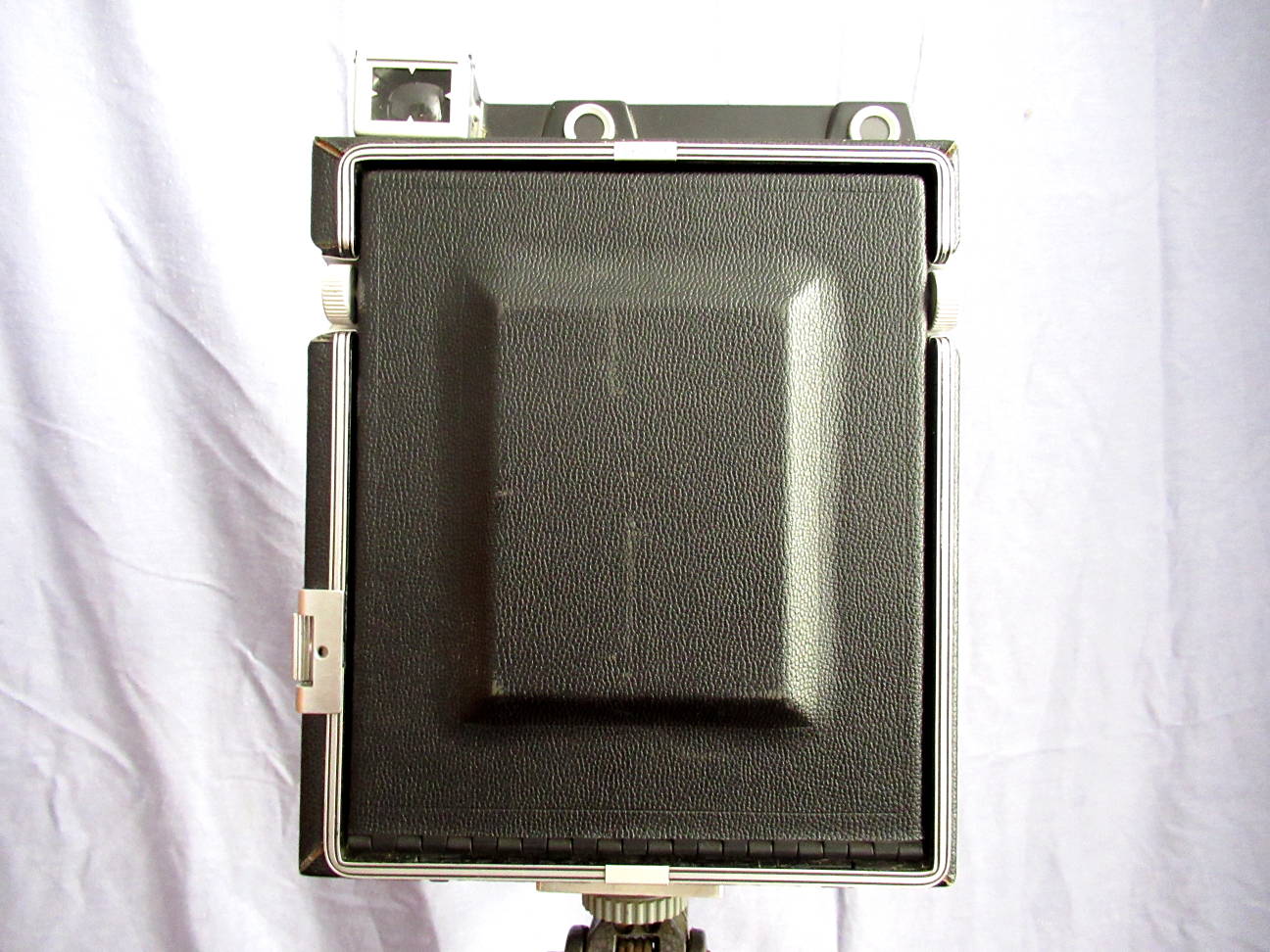 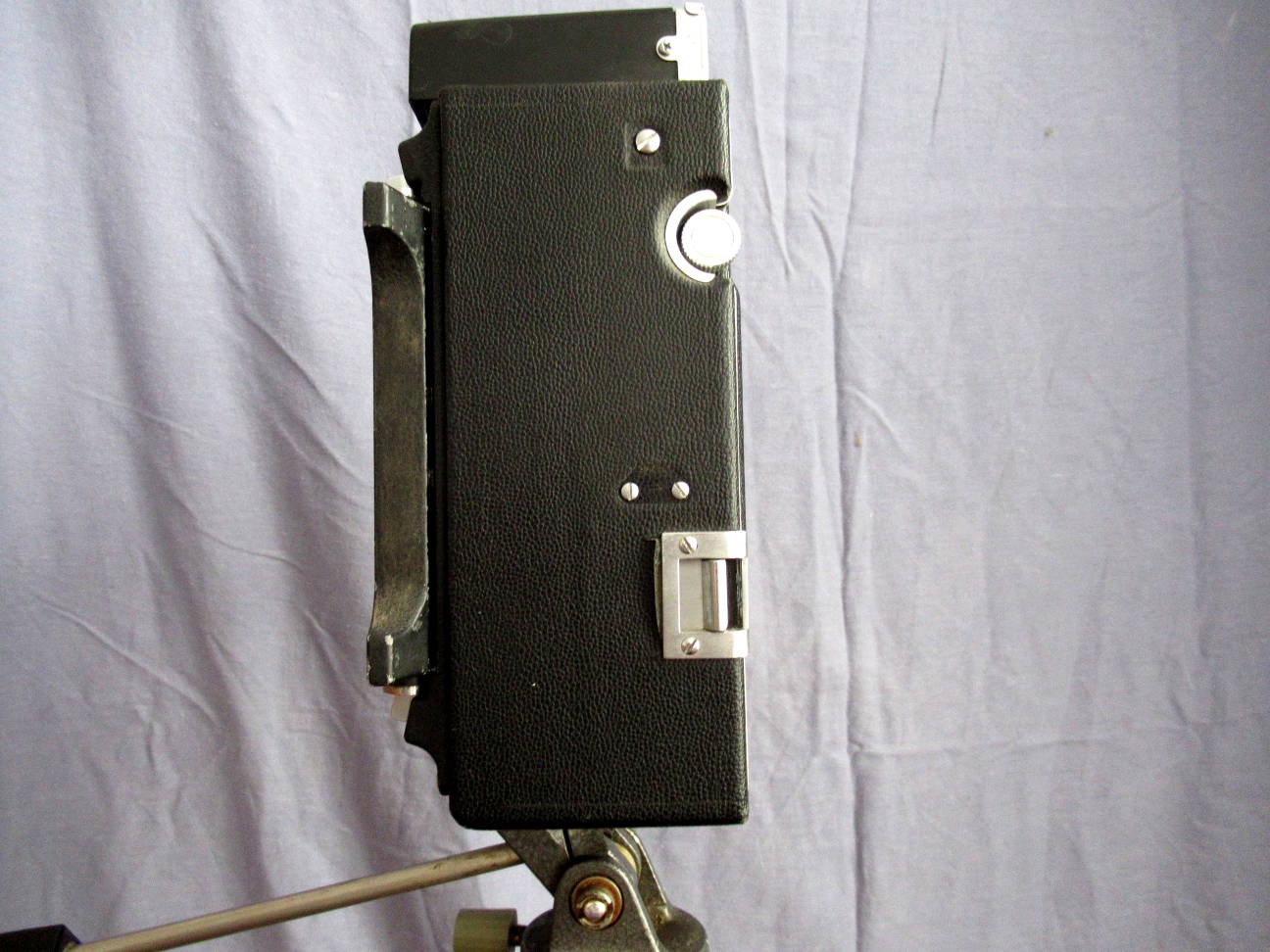 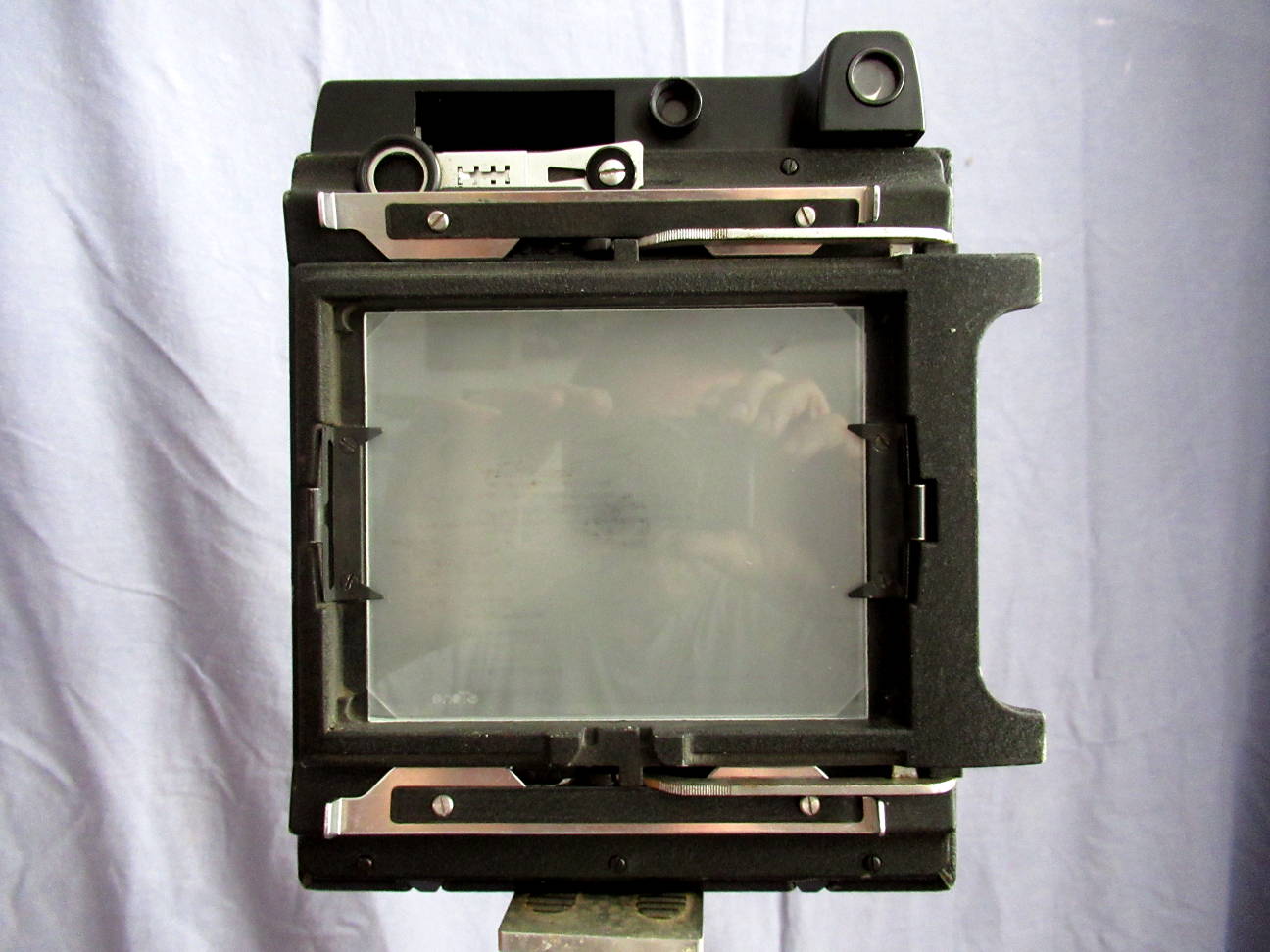 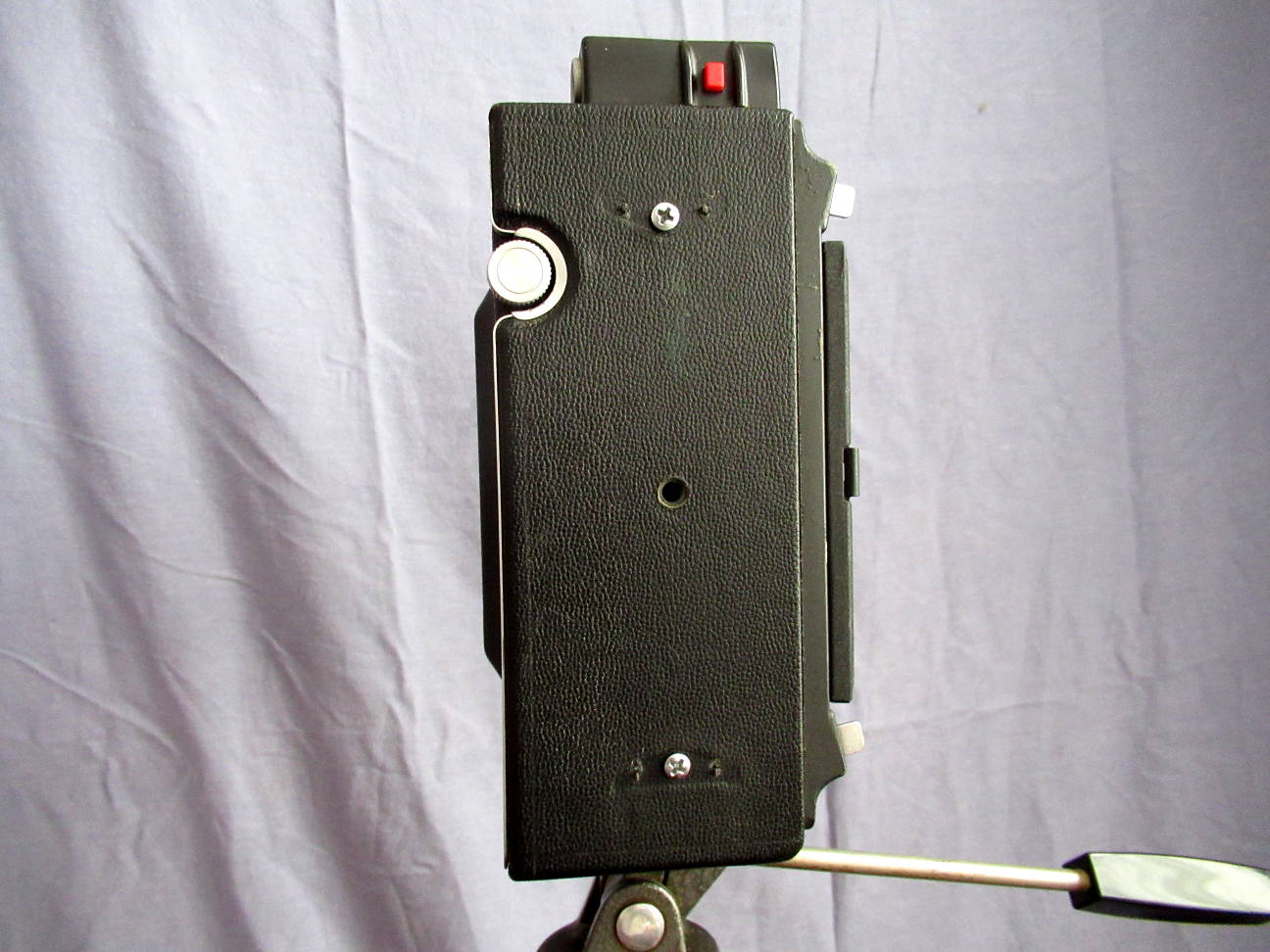 Case closed, from all sides without handle and without fixation for the old bulb flash. 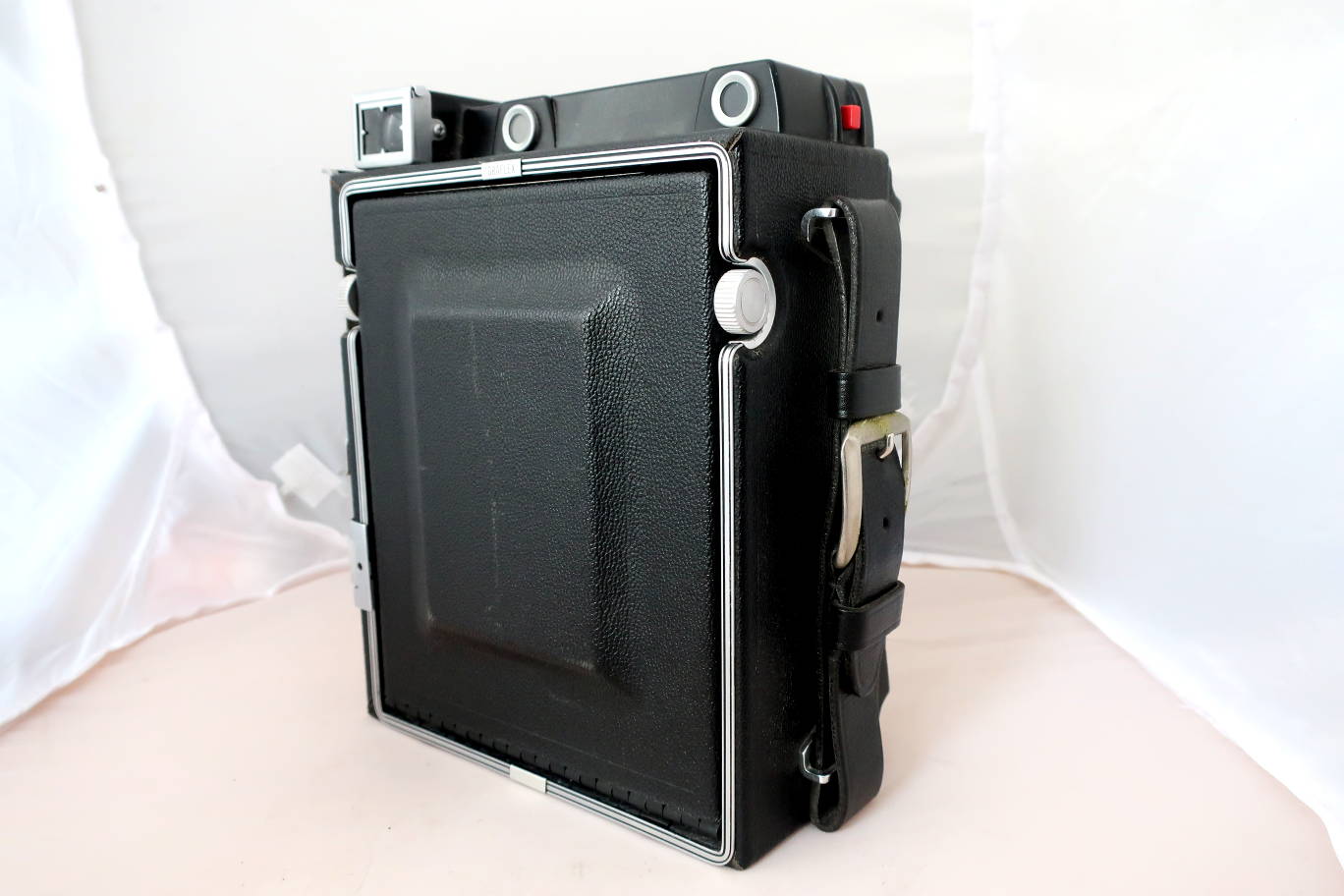 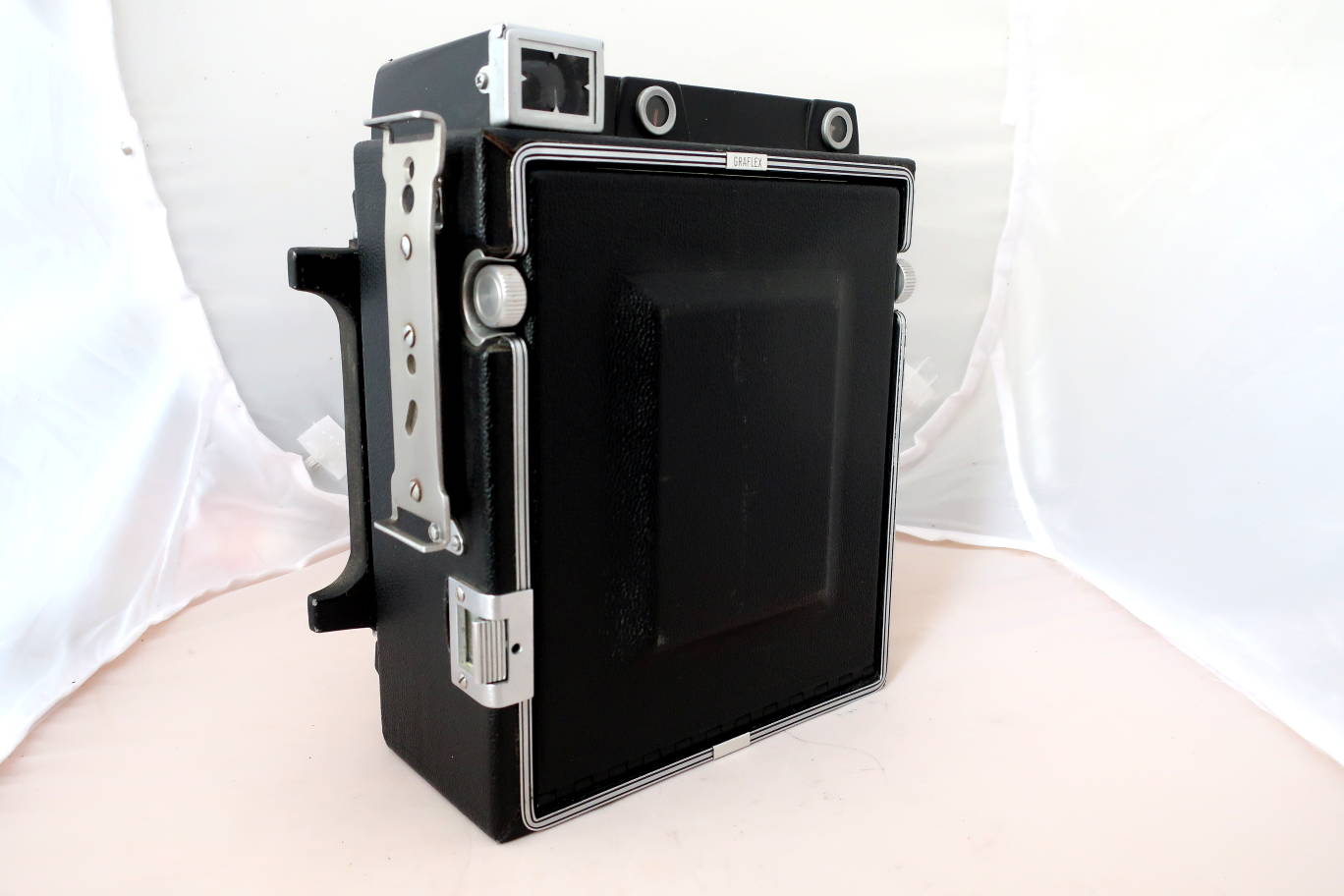 ...and fixation for the old bulb flash. 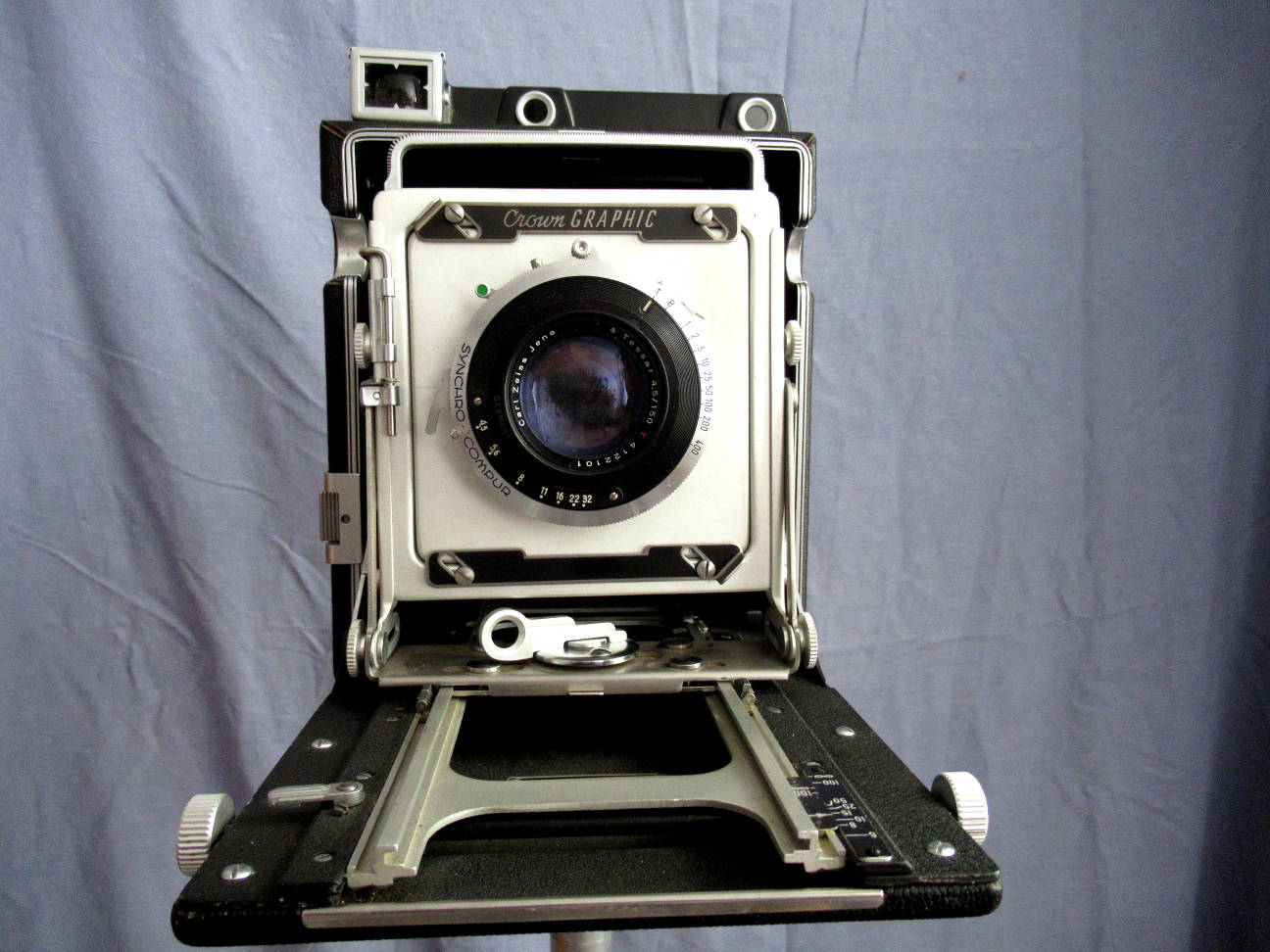 Open, with its original 150mm lens. 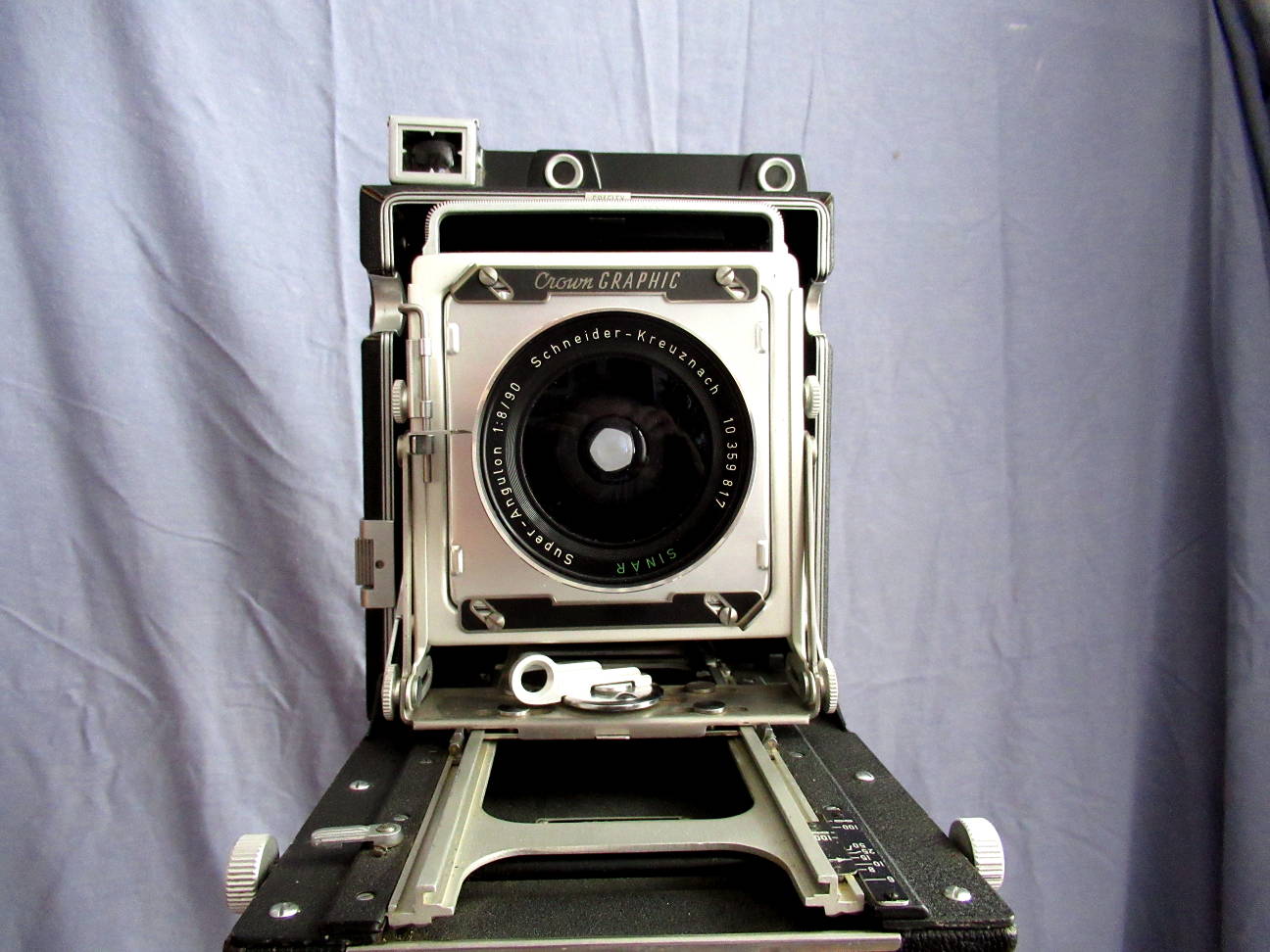 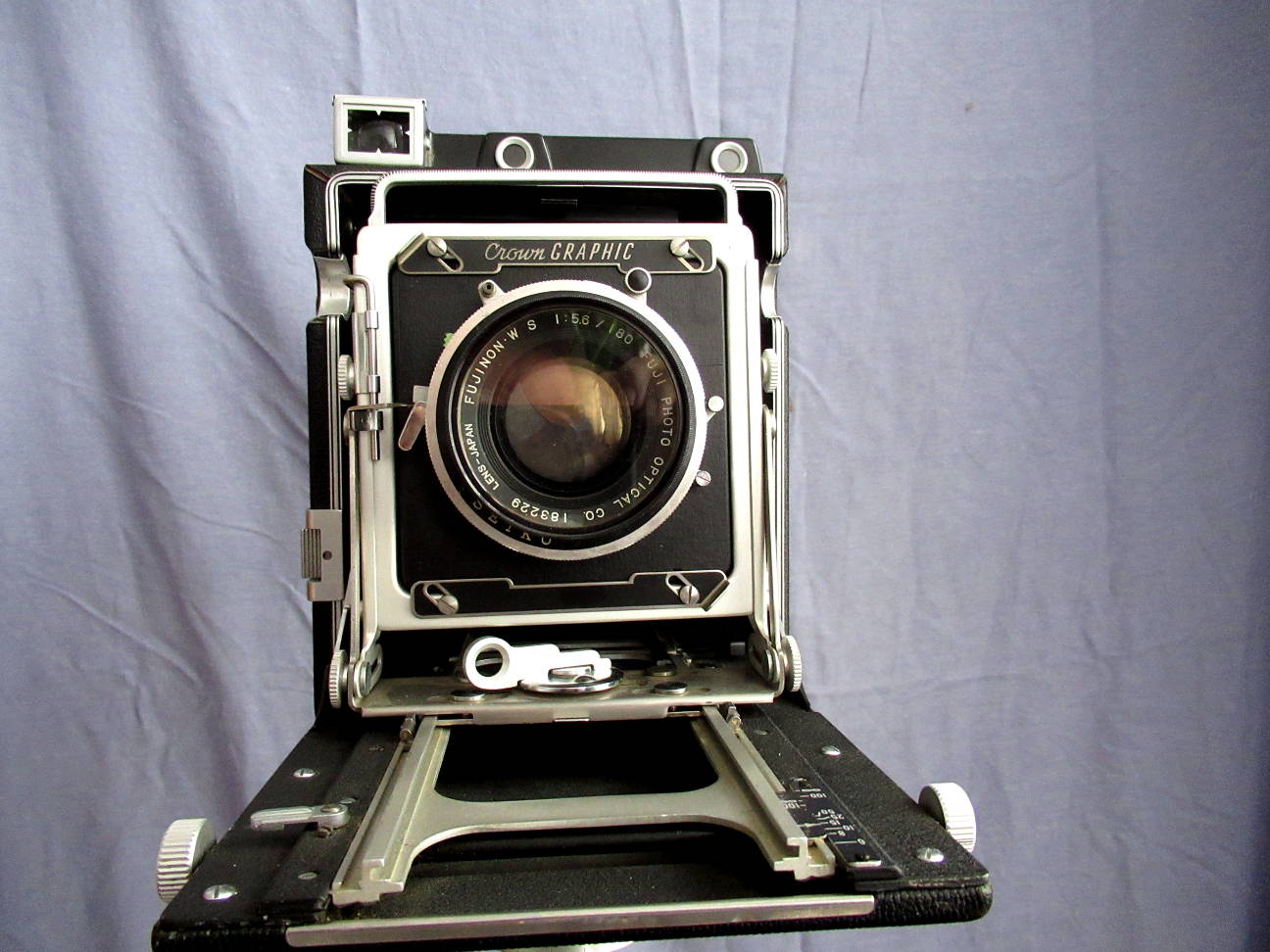 With a 180mm Fujinon which is a wide angle for a larger format, but can be used for portraits on the Crown. 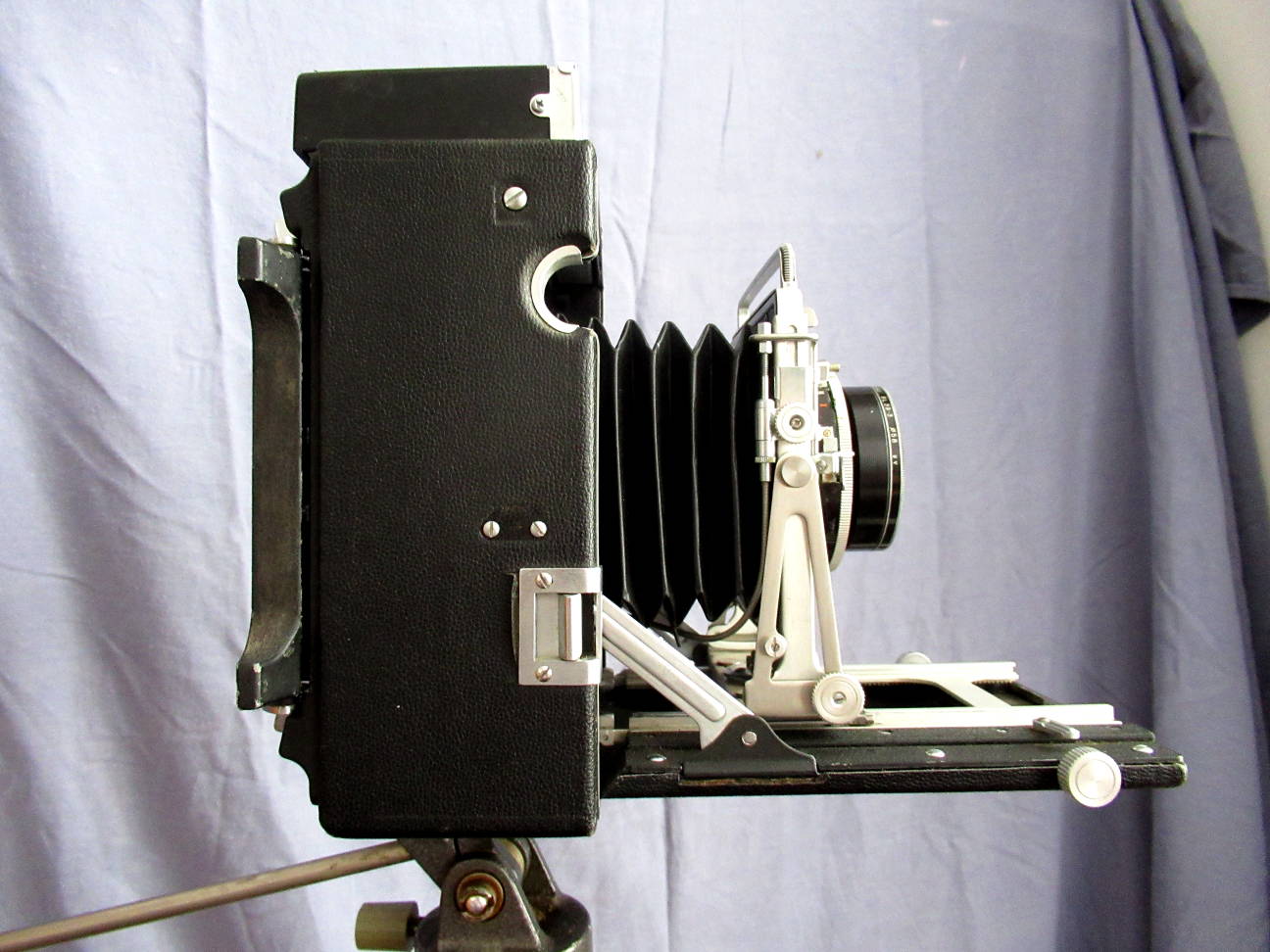 The bellows move out to 180mm.

It's a very nice camera, easy to use. The top rangefinder is a big improvement in my eyes, as is the focussing beam for dark surroundings. The camera deals well with wide angles. 65mm are no problem, it's said to work even with 47mm. I have to tested this yet. The Crown is a versatile workhorse for 4x5 format. Set up with one lens and two Grafmatic backs, it's just 6 pounds, even less if you trust your rangefinder and get rid of the screen.

I would love the return 4x5 Polaroid or Fuji Instant film. That would be instant fun. Meanwhile I console myself with Fuji Wide material. More information on the Instax back is here.